We propose, design, construct and install environmentally friendly energy conservation technologies that suit the needs of our customers. 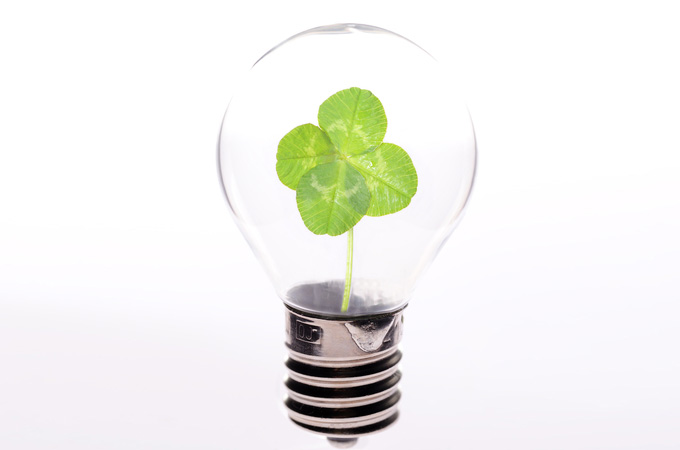 In addition to being operated during the day to air-condition the building, the heat storage air-conditioning system is also operated as a heat source (heat pump) during the night when energy demand is less. The thermal energy that is produced is stored in water tanks, etc. as cool water, water or hot water to be used during the day.
When the system is used for cooling, cool water and ice are stored in a heat storage tank, and when used for heating, warm water is stored in the heat storage tank. Then, on the next day, during the daytime when the energy demand is high, the thermal energy from the heat storage tank is used to provide cooling or heating.
Because this system shifts the time it uses electricity from the peak time of daytime to nighttime, the building is able to reduce the amount of contracted electricity and more evenly distribute power load, this leads to a reduced electricity bill by making effective use of the nighttime rate and on top of that, it suppresses the capacity of heat source equipment.

Indoor heat generation increases due to such factors as human body heat, lighting, and office equipment, and an increasing number of buildings are needing to run air conditioning in the in-between seasons and even during winter.
For such buildings, utilizing “outside air cooling,” which involves introducing more outside air when the outside temperature is cooler than the inside temperature, is a way to reduce the energy consumption of the heat source equipment.

In cold water and hot water systems, the designed water quantity is regulated by increasing the resistance (pressure) by squeezing the valve on the discharge side of the pump. However, it is possible to conserve more energy by releasing this valve resistance (pressure) and instead regulating the water quantity by introducing a mechanism to control the rotational speed of the inverter.
Also, depending on the season or day, air conditioning systems can experience significant load fluctuation, and adjusting the flow rate by the inverter can provide large energy savings. The same principle can also be applied to the fan. It is possible to control the fan speed according to the change in air volume by installing an inverter.

Use of Solar Heat

A number of systems utilizing the heat of the sun are being used in building design. These systems are mainly used for hot water supply, heating, and air conditioning. There are heating and hot water supply systems and air conditioning and hot water supply systems that perform their combined purpose in correspondence with fluctuations in load.
Solar heat’s uses include not only hot water supply and heating, but also cooling and dehumidification. To use solar energy effectively, however, it is necessary to augment it with technology to overcome the significant fluctuations in its supply due to day and night, weather fluctuations, and geographical differences. Generally, when solar heat is incorporated into a building system, it is used in such functions as heat collection, heat storage, heat transfer, cold and heat generation, and heat radiation. Depending on the building’s demands and systems, the functional addition of solar heat can be effective and may lead to economic savings.
For example, even if a building is already using a high-performance heat collector, if the capacity of the heat storage tank is insufficient, the operating efficiency of the system will decrease. When utilizing solar heat, it is most important to provide a system that offers equipment selection corresponding to the purpose of use and the level of heat demand. Having such a system in place will bring energy savings.

Use of Ground-Source Thermal Energy

Cogeneration refers to the method of utilizing heat that is generated by an internal combustion unit (engine or turbine) or fuel cell unit while it is generating electricity, and the method of utilizing part of the steam from a steam boiler or steam turbine while it is generating electricity. In Japan, the method involving an internal combustion unit is mainly used. The electricity generated using the internal combustion unit is supplied through a commercial grid, and the steam or hot water generated from the waste heat is used as an absorption refrigerator for air conditioning, or as a heat source for hot water supply.
In recent years, due to the technological improvement of the prime movers, the power generation efficiency has improved, and the waste heat recovery efficiency has also improved, so we have now achieved a high overall efficiency rate.

Founded on a building management perspective, BEMS is a system aimed at reducing energy consumption through the operation and management of a building’s equipment and systems. It holds enormous merits with respect to reducing maintenance costs through various methods. For example, one case may be where the indoor environment is automatically managed by human detection sensors and automated lighting adjustment, while another case might be where data (the temperature, flowrate volume, and pressure of equipment, systems, ducting and plumbing, etc.) is gathered for the building management personnel to evaluate, etc. Those systems serve as analytical tools designed to achieve optimal control over the building to avoid surplus energy usage.

Using this control technology, it has become possible to control the operation of multiple turbo chiller units individually, even when the entire system is only using one pump, a feat that was impossible up until now. This technology also enabled operations of the inverter turbo chillers, and the cold-water and cooling-water pumps at energy-saving optimal efficiency.

Take the first step and discuss your needs with us today.We will happily respond to your requests for information materials, your questions, or your requests for a consultation regarding DAIICHI KOGYO or our services.
Contact us by email